Ziyech was the heart of Chelsea’s attack in the 4-1 victory, providing two assists for his new teammates. 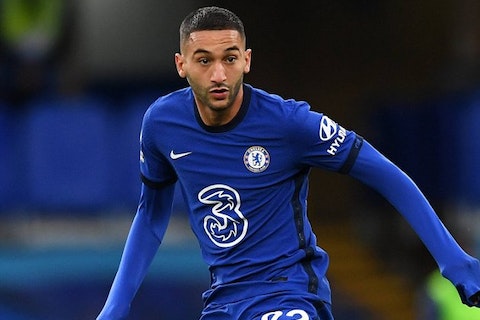 Writing his column for the Chelsea website, Nevin said: “Most of us Chelsea-minded types were impressed already but by the time he walked off the park after destroying Sheffield United on Saturday, he had gained millions more fans. It was a magnificent performance showing little glimpses that reminded you of the best of Eden Hazard at one moment and then Cesc Fabregas’s genius two minutes later.

“Okay, so it was ‘only the Blades’ some might say and yes, things will be tougher against the likes of Man City and Liverpool, but he has enough technical ability to live and thrive very easily in that company too I reckon. We will find out soon enough, but it is noticeable how many chances we appear to be making and indeed scoring since Ziyech started against Krasnodar. We have played four games and have a current running scoreline of 14-1!

“So there is his vision, stunning delivery with his left foot, while his right foot is pretty hot as well. He can score as well as creating but it is that ability to see gaps and deliver the ball into them that is the most noticeable thing at the moment. In short, it all looks very good, but of course because it looks good, everyone else has been watching him now and maybe the element of surprise will be diminished? Will this have an influence on his effectiveness in the short to medium term?

“If you are an opposition coach the first thing you have to do against him now is a no-brainer, you have to get him ‘shown down the line’ on that right-hand side by the full-back and hopefully the covering midfielder.

“It is better dealing with a decent right-foot cross than that vicious, bordering-on-unstoppable left-foot screamer he has in his locker. The thing is, it is obvious players have been trying to do that to Hakim for years and he is wise to it. If they over-cover he just goes inside further and releases the space for his own overlapping full-back. That creates just as big a problem for the oppo, as Reece James is probably the only player who could argue with Hakim about having the best delivery in the squad just now.”