Manchester United will return to action on Saturday evening when they take on West Bromwich Albion at Old Trafford in the Premier League. 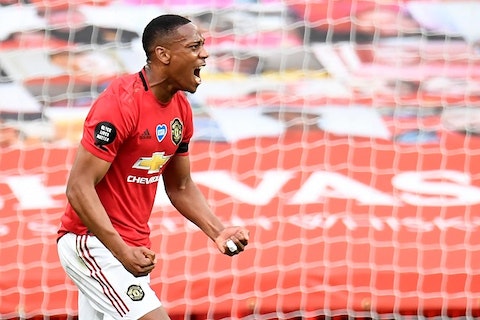 United will head into the match against the Baggies on the back of a 3-1 victory over Everton away from home at Goodison Park in the league before the two-week international break.

With West Brom having a torrid time in the Premier League at the moment – Slaven Bilic’s side are third from bottom in the standings and have picked up just three points from eight matches – Ole Gunnar Solskjaer’s team will know that they can win the match with relative ease.

Harry Maguire had a superb game for England in midweek, and the 27-year-old will be marshalling the back-line against the Baggies if he is fit.

According to The Manchester Evening News, Maguire suffered a bruised foot against Iceland at Wembley Stadium in London and is doubtful.

Victor Lindelof, though, trained with the rest of the United squad on Thursday and seems to be available for the match against the Baggies.

Alex Telles has tested negative for coronavirus and is likely to start at left-back, with Luke Shaw sidelined due to a hamstring injury.

Marcus Rashford pulled out of England duty due to a shoulder problem, but the forward trained with United on Thursday, meaning that he is fit enough to play against West Brom.

Edinson Cavani missed training on Thursday after returning late from international duty with Uruguay, which suggests that Anthony Martial could start ahead of him and lead the line.

This is how United are likely to line up against West Brom at Old Trafford this weekend:

RedRants.com Prediction: Manchester United have had trouble turning over teams at Old Trafford this season, losing to Crystal Palace, Arsenal and Tottenham at home while drawing against Chelsea, with only a home win against RB Leipzig this season.

However, with Fernandes as well as the fantastic three starting upfront, and a first choice back four in place, there’s every reason for United to be winning this.